Fifteen toastmasters and three most welcome guests enjoyed a lively night with a packed agenda in the learning and development room at Cranfield University. WELL EARNED Awards: Andy Table-topics, Paul Humour, Atma General Evaluators award, Maxime Best Speaker, and Andy Smooth talker award. HUGE Congratulations: founding father Jim on his award of Distinguished Toastmaster  (after  8 years work), and John on his election as next Area 44 governor. Next meeting 14th of May with VIP visits from broadcaster Tom Sandars and Area Governor Lynda Andrews.

Paul gave us the word of the day ‘Action’.

Atma gave us the joke “laughter maybe the best medicine, but not if you are laughing at your new bride’s mistakes.” 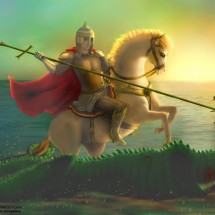 Allison gave us a commanding talk on “the power of words” for his fifth Competent Communicator (CC)  project “your body speaks”. He showed us how water behaved very differently with the type of noise and that pleasant harmonious noise lead to the most beautiful structures. Mankind is 70 percent water, thus we benefit from calming positive words.

Maxime gave a really fascinating talk on “perspective” sparked by his observations of his changing view of England as seen by air. This was also a fifth CC project talk. It was fascinating to learn that base 12 counting use the phalanges (proximal, intermediate and distal) of the hand’s fingers.

Becky tackled one of her Advance Leader Bronze educational speeches entitled “Service and leadership”. These speeches are heavily predefined and the challenge to the speaker is to bring them to life. To aid her in this endeavour she used hand made power point slides and threaded in personal anecdotes. A good leader should aim to make staff look good rather than self look good.